The TPP and the Impact on Your Business

Whether you’re for or against this agreement, experts concur that the Tran-Pacific Partnership (TPP) is an “absolute bear” that comes with a “mixed bag of pros and cons”. With 12 countries in the pool that account for 40% of the world’s GDP, 26% of the trade and 793 million consumers, it is said to be the world’s largest trade deal yet.  Previously that title was held by NAFTA.

Notably the agreement does not include China, which was an intentional move to balance their trade dominance as well as India’s in East Asia.

Proponents of the TPP tout that it eases trade barriers for small to medium-sized businesses by reducing red tape and corruption, and strengthening logistics. However, it is not without controversy, especially for tech companies that provide ISP and cloud storage services.

Furthermore, although it has new common standards for workers’ rights, there are questions about enforceability.

The International Trade Administration has information available on how the TPP is expected to impact every state in the U.S.  To find out about your state and the industries it will impact go to  http://trade.gov/fta/tpp/index.asp 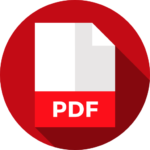